The problem with SAT and ACT is that, by now, they are Common Core-aligned! Our American Century arose without imposed “educational standards.” Then, America’s decline was precipitated by the imposition of technocratic collectivist-imposed “standards!” If places of “higher learning” require testing to select students, let them use true academic tests, not behavioral scientists’ computerized adaptive learning assessments, and data-mining!

If a teacher can’t evaluate the learning progress of his pupils, he doesn’t belong in the classroom! 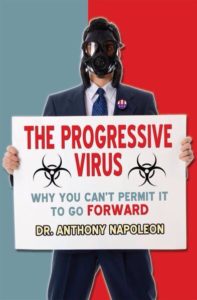 Certified teachers have been taught to instruct “students,” not to educate “pupils,” which goes together with teaching to the test. Yes, “educators” have known for decades that when there are imposed arbitrary “standards,” and teachers are arbitrarily evaluated according to their pupils’ success or failure to meet those standards, they will lose any ability to truly teach, as they fear not meeting the artificial bar. They will ultimately succumb by teaching to the test!

It is like the Biblical Commandments—the Law—which men cannot follow perfectly. They were given to the Israelites to show that men cannot keep them, so they are actually a measure of how much SIN men commit, not what high-falutin’ “Standard” can be attained!

The standards that have been massaged over-and-over for decades, until we arrived at the grossly invasive and inappropriate requirements of the Common Core Agenda, are now being metamorphosed into even worse attempts to prescribe every aspect of “instruction” that has NOTHING to do with a human child actually “LEARNING” how to THINK, envision and create any manner of human endeavor, while being guided by God and his internal value system. Instead, he is restricted and channeled into a narrow path, to live life without experiencing all that God intended for him alone, in order for him to learn, grow, & embrace and ENJOY LIFE in Jesus Christ, rather than just existing from one day to the next working in a dead-end job until his ignominious End!

The bottom line is, when a human being is truly “educated,” he is FREE to CHOOSE his own path, or paths, through Life, and to change one path for another when he chooses. This is the only way he is ultimately free to live, learn and GROW in his lifetime. The Common Core Agenda is fully-intended to stifle and eliminate the ability to grow beyond the one path selected for him by technocrats, behavioral scientists, and their minions!

This is not about personalities! It is about who will PROTECT THE CHILDREN from the EVIL that is the Common Core Agenda! We must choose those who UNDERSTAND the State & Federal Constitutions, and the statutes, and the purpose of each! Or, are WILLING AND OPEN to UNDERSTANDING and implementing action that upholds and fully applies them! The Children have no recourse unless we right what we have done wrong in our selections during campaigns and in the voting booth!

We must choose those who understand management in their campaigning AND in effecting the authority, power, responsibilities and duties of their offices through wise and capable management of resources and time for the highest benefit to every child!

And, we MUST choose those who have “Fire in the Belly,” without which they will not withstand the inevitable tempests and quakes that threaten to uproot them from their righteous paths. Without passion for Right over Wrong in the TRUE interest of the Children, they will not stand in the courage of their convictions.