There is an emerging second civil rights movement going on in America and it is being led by Blacks who are tired of being marginalized and minimized by the Democratic Party. The vast majority of Black people, just like anyone else, don’t want to be placated with welfare that cuts into one’s self-esteem and sense of self-empowerment. The establishment of meaningful educational, personal and professional goals are what is motivating Blacks in 2018 and the Democratic party is clueless and oblivious to this fact. 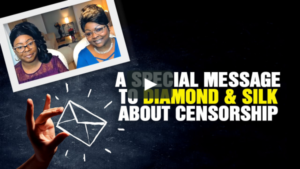 It is an established fact that the Democratic Party is the party of tax and spend. And the spending is usually on some form of entitlement program which limits the potential economic reach of its participants. The Democratic tax and spend party, if they really cared about the future educational opportunities and ultimate economic achievement of Blacks, would have never allowed property tax to become the primary funding mechanism for public schools. The assessed value of property tax is based upon the value of a home. If Black income is below that of Whites, and it still is, the tax revenue collected in a Black community is going to be less than that is collected from a White community. Ask yourself a logical question, which community will have the greater disparity in educational opportunities that will have a dramatic impact on income down the road? As long as there is any degree of racial disparity between the races, property taxes, as a funding mechanism, will produce unequal educational and income potential. The mechanism for funding schools, to a large extent is racist in its impact. Now, if I, as a so-called racially insensitive, White Christian conservative, can see the real racism in this system, then why can’t the leadership of the DNC and then act accordingly with regard to the needed reforms that need to be brought about to ensure an equal playing field between the races?

The Democratic leadership knows that what I am saying here is accurate and very true. However, they want to act ignorant to this fact. Why? Because the learned helplessness policies of welfare, designed to stunt individual growth, keeps an entire race of people dependent upon the system and their vote, as a result, can be managed. This is where the real racism in this country resides. Racism is a core value of the Democratic Party and more and more Black people are awakening to this realization. More and more Black people that I speak with refer to the Democratic Party as the “Democratic Plantation”, and appropriately so.

Read the entire article here: Blacks Are Revolting Against the Racist Democratic Party- This Is America’s Second Civil Rights Movement