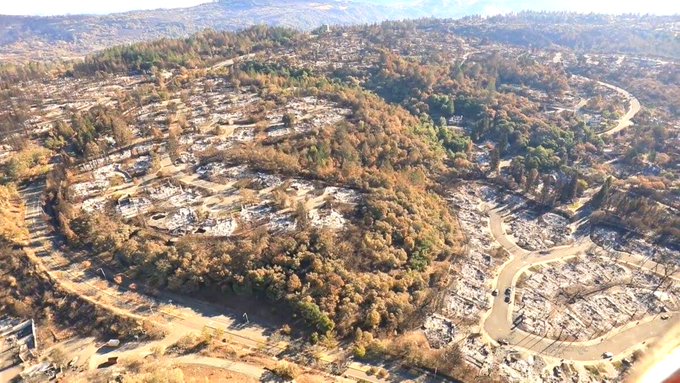 This is Direct Energy like what hit the towers on 0/11. 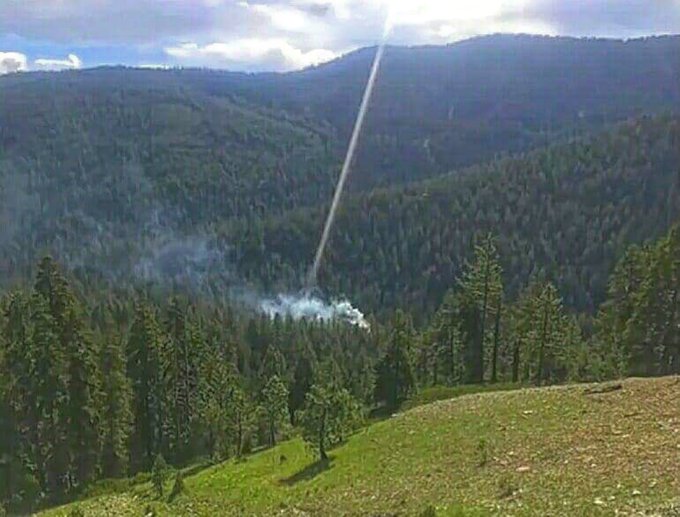 And now the cover up of the fires. “We do know that electric company PG&E experienced a problem with an electrical transmission line near the site of the fire, minutes before it broke out,” according to CBS News, and now criminal Governor has signed a bil allowing the company to CHARGE its customers whatever is necessary to pay for all of the lawsuits and losses that are coming. The punchline? PG&E is controlled by one of the world’s richest families, the Rothschild’s whose Agenda 21 goals seem to be coming along quite nicely with all of this “accidental” destruction.

The California fires were in fact planned years ago. They fulfill a UN agenda 21 requirement. This is very very sad.  Trees burn don’t they? So if this was really a forest/brush fire the trees would have burnt. With the so-called 70 mile an hour winds that were supposedly fanning the flames, the fire would’ve jumped to the trees, also.

I don’t believe the directed energy weapon described in the above video is the source of these fires. It can be done by other means. Of Course I could be wrong.

So is this an attack on America? Say, like 9/11. The same questions must be asked about 9/11 and this so-called forest fire. Where did the buildings/towers go? The very short answer is they were Dustified by a direct energy weapon. But see this page for more information.

The technology of the shadow government/deep state is beyond what most can’t even imagine. Look it up.

I’ve seen articles about agenda 21, where the fires are only within some agenda 21 boundaries. Look it up!

Also,  have see articles about Direct Energy Weapons that could destroy one house at a time.

The above video was taken down by YouTube, this is essentially the same thing. The outline of the fires matched agenda 21 maps. She tells us that the electric companies are warning us that electromagnetic radiation is hazardous to our health. Also she gets into water shortages. She explained there’s no such thing because the earth generates water. We are virtually floating on a plane of water.

She also gets into Libya. Points out that Libya was a very stable country with free education, water and energy.